Author/editor of The Druidcraft Grimoire: Rites and Liturgies, Rev. OakLore is a lover of nature and has been devoted to the study of metaphysics and philosophy since childhood. OakLore considers himself a “born Druid.” His call to the Elder Ways began at the age of 12 and was formalized in 1998 with his initiation and later ordination as a Wiccan Priest. Not long thereafter, he began exploring Druidry. In the spring of 2000, OakLore founded the Druidic Order of the Covenant of Avalon.  Years later members were inspired to explore a combined Druid and Wiccan tradition and in 2008 the Order was reformed to include this new spiritual focus.  In 2016 the Order was officially renamed The Druidcraft Fellowship.

OakLore has been a frequent commentator in local and national media, helping to educate the public and correct misinformation about Pagan beliefs and practices. He has appeared on MSNBC’s The Last Word with Lawrence O’Donnell, and his remarks have been published by the Associated Press, the Albany Times Union, The New York Daily News, and The Washington Post.

In addition to his role as Archdruid of the Order, OakLore is also High Priest of Heart of Manannán, the Mother Coven of TDF, based in Jacksonville, FL.  He is also Chancellor and Professor of Theology for the Covenant of Avalon Theological Seminary.

THE COUNCIL OF ELDERS 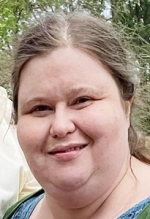 Sis. Caitríona is a long-time student of Celtic mythology and spirituality and came to our fellowship eager to explore the Druidcraft tradition.  She formed an immediate connection with our Mother Coven family and has shined a great light on all of us.  Sis. Caitríona is the Assistant Editor of The Druidcraft Grimoire: Rites and Liturgies, and is a gifted writer, liturgist, and storyteller.

Sis. Caitríona is a baccalaureate student with Covenant of Avalon Theological Seminary Undergraduate School of Theology.  With eyes on her upcoming graduate studies, she aims to be ordained to service in the Elder Ways and taking on a role of pastoral leadership and teaching. As Vice Chair of the Council, Sis. Caitríona helps to shape the spiritual vision of the TDF and is an ambassador of the Order to the wider Pagan community.

Sis. Cathain is a U.S. Army veteran and has studied many religions over her lifetime. Five years ago she came to the Wiccan path as a solitary practitioner, but over time began to feel that something was missing. It wasn’t until she met Rev. Oaklore at a Beltane celebration that she found her true path in Druidcraft. Sis. Cathain loves spending time in woods, the mountains, at the beach and is also a (pet) rescue mom. She currently has five rescued pets; three cats and two dogs in her home and loves them all. Cathain specializes in and is studying to become a certified master in aromatherapy and herbalism. She and is currently pursuing a Bachelor of Religious and Metaphysical Arts through the Covenant of Avalon Theological Seminary with the goal of being ordained as a priestess in the Order.

Sis. Charlie is an infectiously cheerful and loving presence in the Mother Coven’s spiritual family.  She is big-hearted, nurturing, and fun-loving. She joined the order in 2016 and has been a dedicated student and practitioner, availing herself of every learning opportunity that presents itself, and is easily as willing to help others do the same.  Born of Peurto Rican and Spanish descent, she has eagerly sought spiritual and magickal connections between her cultural heritage and the Old Ways.  Sis. Charlie is a baccalaureate student at the Covenant of Avalon Theological Seminary with the goal of being ordained to the ministry of the Elder Ways.